Wireless TCP/IP network Access Server (WLAS-IP) is a powerfull solution for wide-area and office wireless TCP/IP networks. Fully supported TCP/IP routing and services combined with the compact size make it useful in any Internet/Intranet environment, especially in small offices having wireless connections. At the same time, it can also be used as a powerfull Internet/Intranet server, providing a full set of Internet services: e-mail, DNS, WWW, FTP etc.
The System Facts
Congratulations, there's no Intel inside. WLAS is based upon the DEC Alpha 64bit RISC processor. Its compact box (12" x 12" x 3") lets it to be placed at any place in the office. Internal SCSI bus allows to use many high-perfomance devices. Two PCMCIA slots are used for one or two WaveLAN radio-ethernet cards. Ethernet interface has three different jacks: AUI, 10BaseT, and BNC.
WLAS-IP is based on Linux, a fully compatible UNIX-like system. Along with the standard Linux distribution, WLAS-IP comes with the unique software which enables PCMCIA and WaveLAN features.
Also, it can be shipped with the binary support of other systems: Digital-UNIX and Linux/i386.
Why WLAS-IP?
Mostly, because of price and flexibility. When built on standard Radio-Ethernet bridges, the network with the same set of services is at least twice more expensive than the network using WLAS-IP servers.
Consider a typical exampe. A medium-size office with 50 personal computers is connected to the Internet Service Provider by a radio-ethernet link. It uses (1) WavePoint radiobridge ($2000) to interconnect the radio-ethernet with the local network. It is doubtly that ISP permits us set up our local network in the same ethernet segment as its radio-ethernet. Thus, we need (2) an IP router. It can be a Cisco router ($2500) or a UNIX or Windows NT server ($1000 and more).
WLAS-IP includes the radiobridge and the router features. Instead of the two described positions, we can place one WLAS-IP ($900-FOB USA in minimal configuration) with the WaveLan or Digital RoamAbout PCMCIA card ($500-FOB USA).
WLAS-IP is shipped with two setup options on one Magneto-Optical disk. The CD-ROM version is expected in the near future. The first setup option is Express Setup. It quickly installs a typical Linux system on your hard disk, and then prompts for the network configuration parameters. This typical installation includes WLNAS features and X Window system set up for a 800x600 SVGA display. The second setup option, the Custom Setup, is a full RedHat Linux distributive, which prompts you for each package you wish to install. After the RedHat Linux installation is complete, you can install the WLAS-IP features.
By the customers' request, we can pre-configure WLNAS for their special needs.
All the software upgrades are distributed to our customers without any additional fee.
Additional Features
WLAS-IP under Linux can run X Window system, and be a good X graphical workstation. It also supports execution of DEC-UNIX programs, including Netscape Navigator.
WLAS-IP can run Samba, the Microsoft Windows Network server and client implementation. Microsoft Windows Network upon TCP/IP is supported by MS Windows for Workgroups, MS Windows 95, and MS Windows NT. This allows Multia to be used as a file and print server in Microsoft Windows environment.
The Linux distribution includes a pre-compiled WWW server software, which allows the WLAS-IP to be the small-office WWW server.
It also includes the precompiled e-mail handling and distribution software, which can make the WLAS-IP the mail server in your office.
Future Plans
The future plans include support of MBONE multicast videoconferencing tools, such as VAT and VIC for QuickCam.
Also we plan support for more PCMCIA devices, depending on the customers' needs.
DECsy WLAS-IP Development Team


Internet Wireless Access
RusLain (DECsy & RusTelCom & RosNet ) project is providing wireless Internet access in the Moscow and Tver region with capabilities of channel traffic up to 2 Mbps.
Coverage map
Our WLAS-IP system uses WaveLan Direct Sequence Spread Spectrum radio technology developed by Lucent (AT&T) in the band of 2.4 GHz. The high speed of the wireless data links is most important for the Internet users of Netscape and other high speed data transfer applications. Wireless data links are being requested by customers to take the place of leased telephone lines and dial-up connections. While the leased lines often have a maximum capacity of 64 Kbps, the wireless data link has a maximum of capability of 2000 Kbps with the actual throughput depending on several factors.
Wireless data links are also most useful for systems that are located in areas where a telephone modem link is unreliable, impossible, or too expensive. RusLain uses an advanced system of access points, software routers, high-gain antennas, and low-loss cabling that achieves the longest distance, highest reliability, and best service possible.
In case of marginal radio signal quality at long distances, multipoint configuration, and heavy traffic load, a significant packet loss (>30%) is encountered. The random 30% packet loss deteriorates TCP/IP performance for regular wireless products significantly. New technology helps WaveLan to completely hide the radio "visibility / invisibility" and packet loss problems from the user. It also provides seamless roaming between the radio cells for mobile users. This property is achieved by employing already in the WaveFlex modem hardware the link level cell routing between repeaters, and cell acknowledging and retransmission.
DECsy has an experienced team of network programmers who can customize any wireless data link system to your needs.


Evaluation of the document: 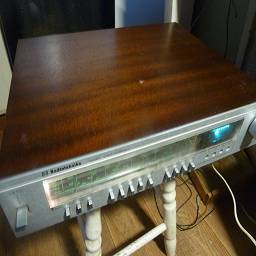 https://wfi.lomasm.ru/english.user/wireless_tcpip_access_server_wlas-ip
Development page is completed by 0%